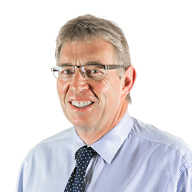 Fraser’s passion is anything rural. Having graduated from Lincoln College with a Bachelor of Agricultural Commerce  majoring in Valuation and Farm Management, backed up with a Bachelor of Commerce from Canterbury University, he has been working as a farm accountant since 1986.

He is a director of McKenzie & Co. Ltd, Chartered Accountants and The Family Farm Consulting Company Ltd, a registered member of the NZIPM and is currently the Independent Chairman of Waitaki Irrigators Collective Ltd.

Fraser believes that the Waitaki River and associated catchments are central to our community and that they deliver economic, social and cultural well-being to a wide and diverse range of stakeholders.  Fraser sees the Waitaki Water initiative providing a vehicle to ensure that well-being is both protected and enhanced, by facilitating projects identified by the community and delivered using a disciplined, structured and inclusive stakeholder friendly process.

Rhys, together with his wife Emily and their four children, are dairy farmers in the Awamoko catchment of the Waitaki River.

Rhys completed a Bachelor of Agriculture at Lincoln before converting a 550ha property to dairy and dairy support in Omakau, Central Otago.  The sale of this property allowed for a move back to Brookstead Ltd in the Waitaki valley where they currently milk 1000 cows on 300ha.

Rhys sees value in having a collaborative approach to water management through the involvement of all interested parties.  Rhys sees the role of Waitaki Water as bringing together those people who value the water in the Waitaki Valley and appreciate its importance to the wider community, and as building relationships whilst improving water outcomes of all kinds.

Aside from chairing Waitaki Water, is also currently a member of the NOSLaM Steering Committee.

Mark Hurst along with his wife Carmen farms a 300ha dairy property in the Waimate district beside the Waitaki River.  He is 44 years old and has two children Abby (11) and Sam (9). 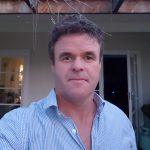 He was born and bred on a sheep and beef farm, studied at Lincoln University where he gained a BCom Ag.  Mark then worked in the agriculture field in various and varied roles since returning from overseas.  In 2010 he and his wife came back home to Waimate and converted part of the family farm to dairy and they have owned and managed it since.

In 2013 Mark joined MGI Irrigation as a board member and is also involved in the community through school and sports groups.

He sees the involvement of the Waitaki Water Group as a great way to make a positive contribution to the Waitaki catchment and the river and environment he feels so strongly about. 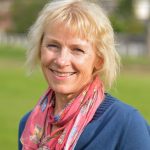 Robyn is a graduate of Massey University (BSc.) and she also holds MSc. (University of Queensland, Australia) and MBA (College of William and Mary, Virginia, USA).  She was Chief Executive of North Otago Irrigation Company (NOIC) from August 2010 to April 2019 and was a board member of the Waitaki Irrigators Collective from 2011 to April 2019.  Robyn has been a board member of Irrigation New Zealand (INZ) since 2016 where she currently sits on the INZ audit and finance committee.  Robyn was also formerly the Independent Chair of a dairy farm conversion in the Waitaki Valley.

Robyn’s interests include mountain biking, hiking and generally being outdoors.  She resides in Dunedin where her family live, and commutes to the Waitaki.

Robyn considers the Waitaki River and its surrounding area to be a unique and beautiful part of the South Island and therefore sees that a successful Waitaki Water initiative that brings all those that care about the River together to deliver projects of collective benefit, to be of great value.

Robyn is temporarily acting as WIC’s Director of Strategy and Policy in a part-time capacity until a replacement is found after the departure of Elizabeth Soal. 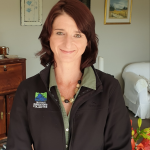 Jen and her husband Craig together with their two children, moved from South Africa to New Zealand  in 2014.  They currently reside on a dairy farm, near the township of Windsor.  Jen holds a Bachelor of Science in Agriculture, but has predominantly been involved in accounting and administrative roles within the agricultural sector.