Formed in 2010, WIC’s shareholders are the five irrigation schemes and a society of individual irrigators that take water from Lake Waitaki, the Lower Waitaki River (or its tributaries or connected groundwater) and use that water to irrigate land downstream of the Waitaki Dam.

The Morven, Glenavy, Ikawai Irrigation Company (MGI), which irrigates over 28,000 hectares on the north bank of the Waitaki River.

In 2016 MGI commissioned the Waihao Downs Irrigation scheme, a subsidiary of the Company.

MGI strives to be at the forefront of scheme performance and environmental management. MGI has a comprehensive audited self-management system, and the scheme also seeks to improve environmental values in its command area by augmenting flows in the Waihao River, which flows into the Wainono Lagoon. 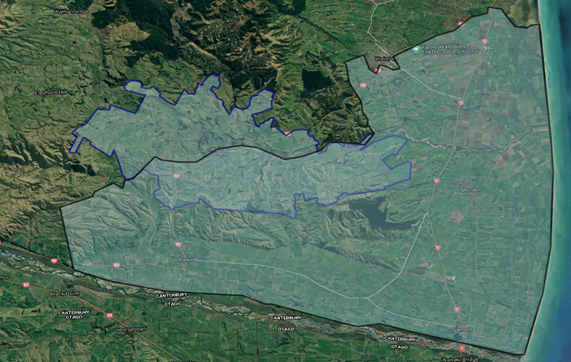 The North Otago Irrigation Company (NOIC) is the newest irrigation company within WIC.  The scheme was officially opened in October 2006.

The NOIC Scheme is a fully enclosed (piped), pumped and pressurised system. Eight primary pumps at 2.5MW and 14 booster stations are able to move water at up to 8 cumecs and deliver that water at the farm gate at 5 bar pressure. The Scheme is 100% spray application, meaning high water efficiency and minimal negative environmental effects.

First commissioned in 2004 and doubled in 2016, the Scheme stretches over what is known locally as the Downlands – from Duntroon in the NW to Herbert in the SE – a command area of around 68,000 hectares. Upon the sale of the last of the remaining shares, the Scheme will irrigate approximately 25,000 hectares, at 3.6mm/ha/day.

The Scheme is highly proactive in encouraging GMP (good management practice) on farm, helping farmers to operate closer to environmental neutrality and was a pioneer in the use of independently audited Farm Environment Plans, instituting these as compulsory as far back as 2012.

The Company is managed by a professional executive and operations team with oversight from a Board comprising elected farmers and independent directors. 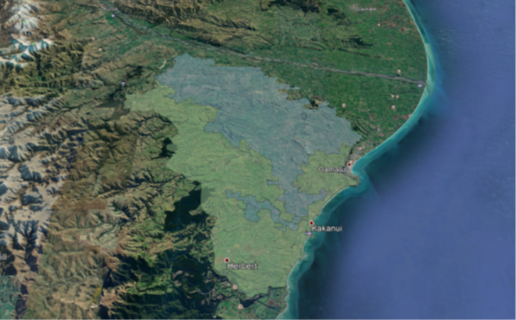 The Kurow-Duntroon Irrigation Company (KDIC) has a siphon intake structure attached to the Waitaki Dam, on Lake Waitaki, however its command area is below the Dam.

The total irrigated area is 3,648 hectares, with the capacity to provide water to 3,992 hectares and the potential to irrigate up to 5,500 hectares following the completion of the piped irrigation scheme.

The Kurow-Duntroon Scheme takes water from Lake Waitaki (that is above the Waitaki Dam), and supplies irrigation via a newly installed piped irrigation scheme for shareholders from the Dam through to Duntroon. 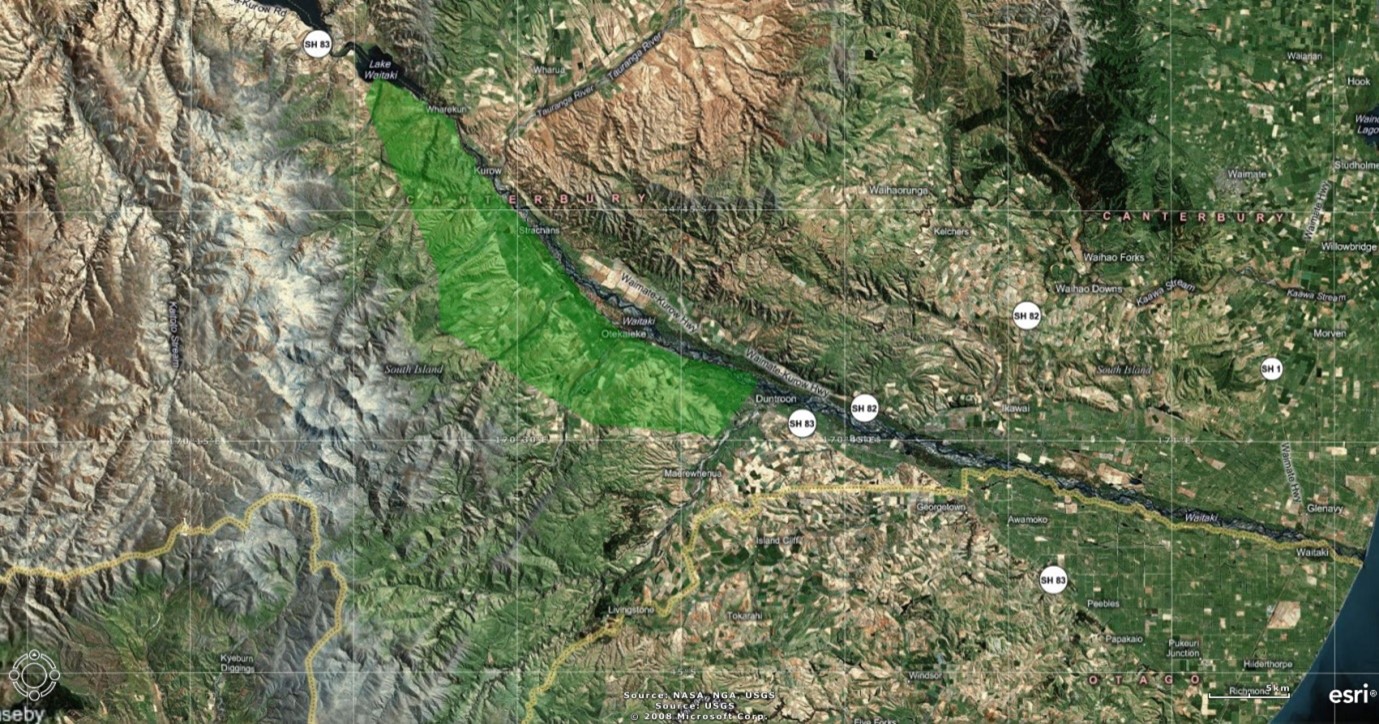 The Lower Waitaki Irrigation Company (LWIC) is a community irrigation scheme which irrigates over 20,000 hectares on the Waitaki plains to the North-West of Oamaru.

The Lower Waitaki Irrigation Company supplies water to more than 200 shareholders including the Awamoko rural water scheme, the Oamaru town supply and the Alliance meat-processing plant at Pukeuri (just North of Oamaru). The Company constructed a large buffer pond at Ferry Road, Papakaio in 2012 to improve scheme efficiency and reliability, and which is also used as a water sports facility.

A further three buffer ponds have since been built in the lower reaches of the scheme following the success of Ferry Road. the latest pond situated to the east of Oamaru airport was completed and commissioned in September 2020 in time for the start of the 2020 irrigation season. 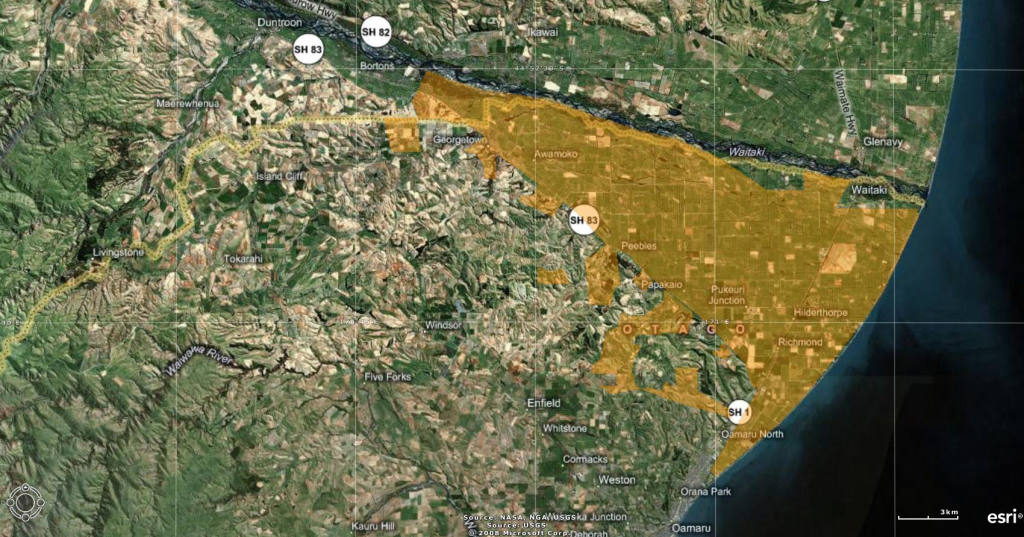 The Maerewhenua District Water Resource Company is a small community irrigation scheme with a command area around the Duntroon and Maerewhenua areas on the South Bank of the Waitaki River.   ​

The Scheme was originally built in the 1970’s as a gravity-fed border-dyke irrigation system and was sold by the Crown to the Company in the 1980’s.

In early 2011, the Scheme’s intake structure and headrace were completely destroyed during a period of sustained high river flows of around 1,100 cumecs for three months. The Scheme therefore invested significantly in having the intake structure removed and rebuilt, and the headrace replaced with a piped reticulation system. A spray extension was then commissioned in 2014 to increase the area under irrigation whilst improving environmental flows into the Maerewhenua River.

The Scheme, administered by a Board of four directors, supplies water for a myriad of property types, needs and uses including sheep, beef and dairy operations as well as small lifestyle blocks. Daily operation and maintenance is contracted to Waitaki Irrigators Management Ltd. 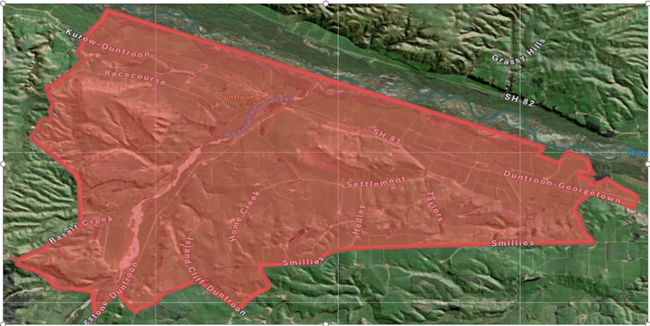 The Incorporated Society is made up of those irrigators with a resource consent to extract surface or groundwater from the Lower Waitaki catchment for irrigation purposes.

This includes tributary waterways such as the Hakataramea, Maerewhenua and Awakino Rivers. The individuals come from both the North and South banks of the Waitaki River, from the Waitaki Dam to the sea. The membership of the Committee reflects the diversity of these interests and their geographic spread.​ 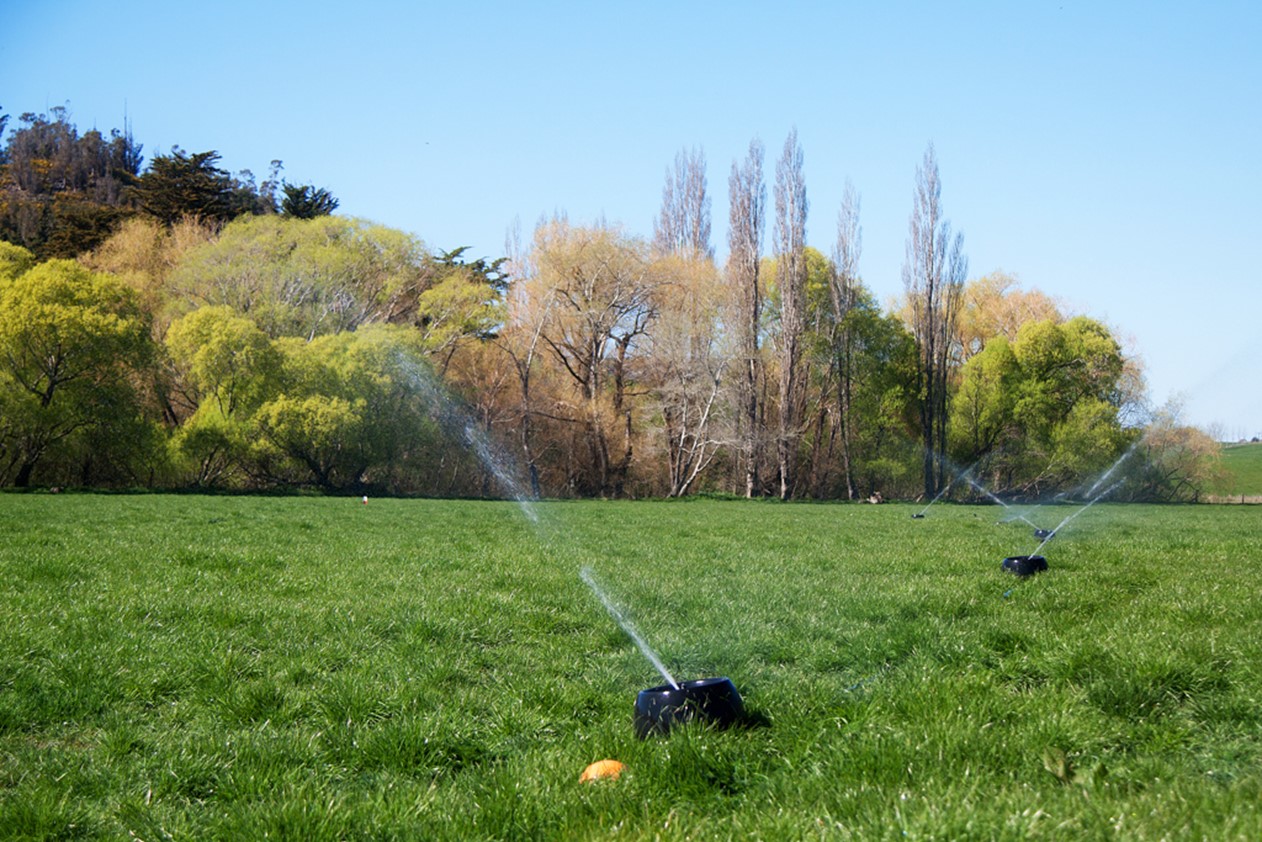